On Questioning the Jewish State

was raised in a religious Jewish environment, and though we were not strongly Zionist, I always took it to be self-evident that “Israel has a right to exist.” Now anyone who has debated the Israeli-Palestinian conflict will have encountered this phrase often. Defenders of Israeli policies routinely accuse Israel’s critics of denying her right to exist, while the critics (outside of a small group on the left, where I now find myself) bend over backward to insist that, despite their criticisms, of course they affirm it. The general mainstream consensus seems to be that to deny Israel’s right to exist is a clear indication of anti-Semitism (a charge Jews like myself are not immune to), and therefore not an option for people of conscience.

What does it mean for a people to have a state “of their own”?

Over the years I came to question this consensus and to see that the general fealty to it has seriously constrained open debate on the issue, one of vital importance not just to the people directly involved — Israelis and Palestinians — but to the conduct of our own foreign policy and, more important, to the safety of the world at large. My view is that one really ought to question Israel’s right to exist and that doing so does not manifest anti-Semitism. The first step in questioning the principle, however, is to figure out what it means.

One problem with talking about this question calmly and rationally is that the phrase “right to exist” sounds awfully close to “right to life,” so denying Israel its right to exist sounds awfully close to permitting the extermination of its people. In light of the history of Jewish persecution, and the fact that Israel was created immediately after and largely as a consequence of the Holocaust, it isn’t surprising that the phrase “Israel’s right to exist” should have this emotional impact. But as even those who insist on the principle will admit, they aren’t claiming merely the impermissibility of exterminating Israelis. So what is this “right” that many uphold as so basic that to question it reflects anti-Semitism and yet is one that I claim ought to be questioned?

The claim then is that anyone who denies Israel’s right to exist as a Jewish state is guilty of anti-Semitism because they are refusing to grant Jews the same rights as other peoples possess. If indeed this were true, if Jews were being singled out in the way many allege, I would agree that it manifests anti-Jewish bias. But the charge that denying Jews a right to a Jewish state amounts to treating the Jewish people differently from other peoples cannot be sustained.

To begin, since the principle has three parts, it follows that it can be challenged in (at least) three different ways: either deny that Jews constitute “a people” in the relevant sense, deny that the right to self-determination really involves what advocates of the principle claim it does, or deny that Jews have the requisite claim on the geographical area in question.

In fact, I think there is a basis to challenge all three, but for present purposes I will focus on the question of whether a people’s right to self-determination entails their right to a state of their own, and set aside whether Jews count as a people and whether Jews have a claim on that particular land. I do so partly for reasons of space, but mainly because these questions have largely (though not completely) lost their importance.

The fact is that today millions of Jews live in Israel and, ancestral homeland or not, this is their home now. As for whether Jews constitute a people, this is a vexed question given the lack of consensus in general about what it takes for any particular group of people to count as “a people.” The notion of “a people” can be interpreted in different ways, with different consequences for the rights that they possess. My point is that even if we grant Jews their peoplehood and their right to live in that land, there is still no consequent right to a Jewish state.

However, I do think that it’s worth noting the historical irony in insisting that it is anti-Semitic to deny that Jews constitute a people. The 18th and 19th centuries were the period of Jewish “emancipation” in Western Europe, when the ghetto walls were torn down and Jews were granted the full rights of citizenship in the states within which they resided. The anti-Semitic forces in those days, those opposing emancipation, were associated not with denying Jewish peoplehood but with emphatically insisting on it! The idea was that since Jews constituted a nation of their own, they could not be loyal citizens of any European state. The liberals who strongly opposed anti-Semitism insisted that Jews could both practice their religion and uphold their cultural traditions while maintaining full citizenship in the various nation-states in which they resided.

But, as I said, let’s grant that Jews are a people. Well, if they are, and if with the status of a people comes the right to self-determination, why wouldn’t they have a right to live under a Jewish state in their homeland? The simple answer is because many non-Jews (rightfully) live there too. But this needs unpacking.

First, it’s important to note, as mentioned above, that the term “a people” can be used in different ways, and sometimes they get confused. In particular, there is a distinction to be made between a people in the ethnic sense and a people in the civic sense. Though there is no general consensus on this, a group counts as a people in the ethnic sense by virtue of common language, common culture, common history and attachment to a common territory. One can easily see why Jews, scattered across the globe, speaking many different languages and defined largely by religion, present a difficult case. But, as I said above, for my purposes it doesn’t really matter, and I will just assume the Jewish people qualify.

The other sense is the civic one, which applies to a people by virtue of their common citizenship in a nation-state or, alternatively, by virtue of their common residence within relatively defined geographic borders. So whereas there is both an ethnic and a civic sense to be made of the term “French people,” the term “Jewish people” has only an ethnic sense. This can easily be seen by noting that the Jewish people is not the same group as the Israeli people. About 20 percent of Israeli citizens are non-Jewish Palestinians, while the vast majority of the Jewish people are not citizens of Israel and do not live within any particular geographic area. “Israeli people,” on the other hand, has only a civic sense. (Of course often the term “Israelis” is used as if it applies only to Jewish Israelis, but this is part of the problem. More on this below.)

After all, what is it for a people to have a state “of their own”? Here’s a rough characterization: the formal institutions and legal framework of the state serves to express, encourage and favor that people’s identity. The distinctive position of that people would be manifested in a number of ways, from the largely symbolic to the more substantive: for example, it would be reflected in the name of the state, the nature of its flag and other symbols, its national holidays, its education system, its immigration rules, the extent to which membership in the people in question is a factor in official planning, how resources are distributed, etc. If the people being favored in this way are just the state’s citizens, it is not a problem. (Of course those who are supercosmopolitan, denying any legitimacy to the borders of nation-states, will disagree. But they aren’t a party to this debate.)

Any state that “belongs” to one ethnic group within it violates the core democratic principle of equality, and the self-determination rights of the non-members of that group.

If the institutions of a state favor one ethnic group among its citizenry in this way, then only the members of that group will feel themselves fully a part of the life of the state. True equality, therefore, is only realizable in a state that is based on civic peoplehood. As formulated by both Jewish- and Palestinian-Israeli activists on this issue, a truly democratic state that fully respects the self-determination rights of everyone under its sovereignty must be a “state of all its citizens.”

I conclude, then, that the very idea of a Jewish state is undemocratic, a violation of the self-determination rights of its non-Jewish citizens, and therefore morally problematic. But the harm doesn’t stop with the inherently undemocratic character of the state. For if an ethnic national state is established in a territory that contains a significant number of non-members of that ethnic group, it will inevitably face resistance from the land’s other inhabitants. This will force the ethnic nation controlling the state to resort to further undemocratic means to maintain their hegemony. Three strategies to deal with resistance are common: expulsion, occupation and institutional marginalization. Interestingly, all three strategies have been employed by the Zionist movement: expulsion in 1948 (and, to a lesser extent, in 1967), occupation of the territories conquered in 1967 and institution of a complex web of laws that prevent Israel’s Palestinian citizens from mounting an internal challenge to the Jewish character of the state. (The recent outrage in Israel over a proposed exclusion of ultra-Orthodox parties from the governing coalition, for example, failed to note that no Arab political party has ever been invited to join the government.) In other words, the wrong of ethnic hegemony within the state leads to the further wrong of repression against the Other within its midst.

There is an unavoidable conflict between being a Jewish state and a democratic state. I want to emphasize that there’s nothing anti-Semitic in pointing this out, and it’s time the question was discussed openly on its merits, without the charge of anti-Semitism hovering in the background.

Joseph Levine is a professor of philosophy at the University of Massachusetts, Amherst, where he teaches and writes on philosophy of mind, metaphysics and political philosophy. He is the author of “Purple Haze: The Puzzle of Consciousness.” 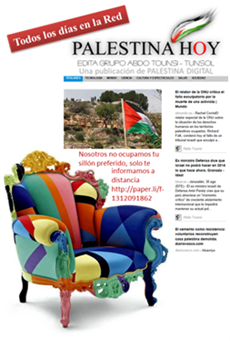 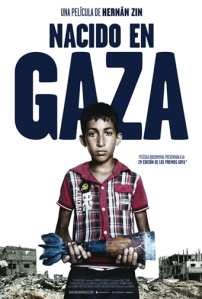 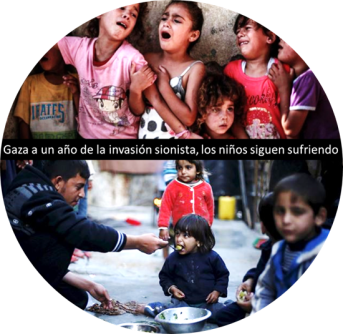 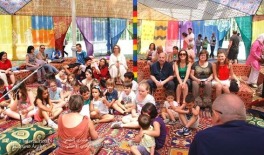 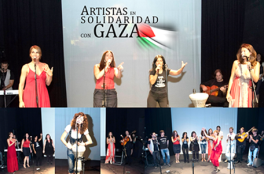 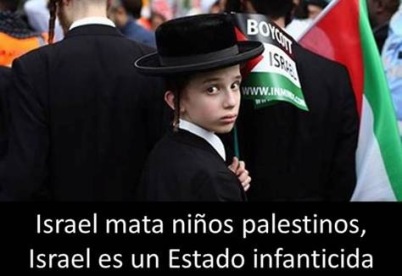 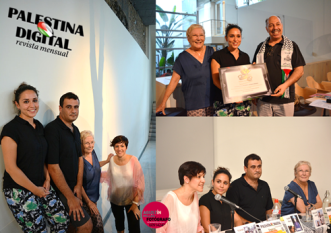 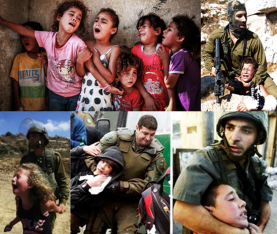 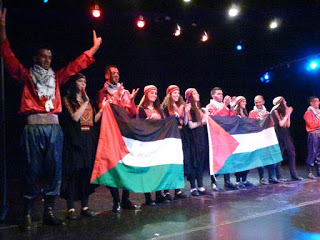 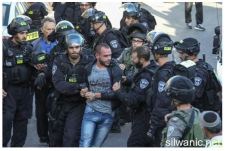 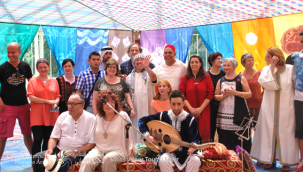 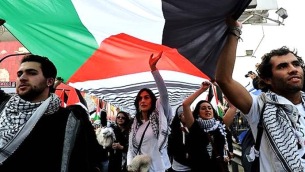 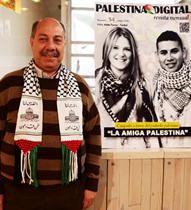 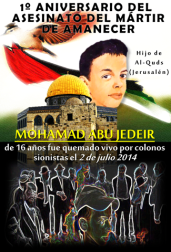 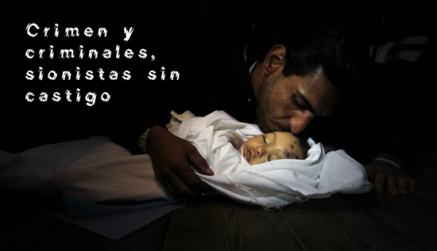 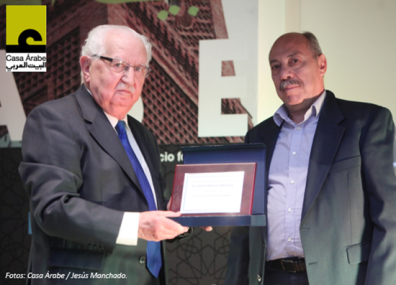 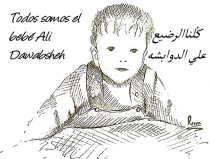 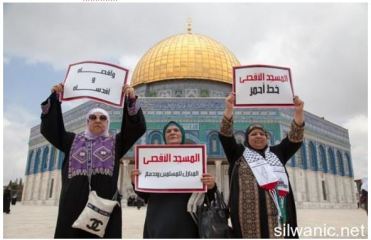